Would you jump in the water with bull sharks?

After 3 weeks in Cabo San Lucas, it was time to get out of the city and check out some different diving. Cabo Pulmo is about 2 hours away from the Cabo San Lucas city center, and the last 9km are a rough dirt road. This part of Los Cabos is a van lifer’s dream. Here you’ll encounter beautiful, free beaches and great nomadic communities. One thing to note, it can be super windy, and the flies… are persistent.

If you’re not in a camper, you can enjoy a day trip to Cabo Pulmo from La Paz or Cabo San Lucas, but you’ll need to rent a car or pay a taxi to spend the day with you.

Cabo Pulmo has less than 200 inhabitants with a booming tourist industry for how small it is. The marine park is a little over 70 square kilometers and has been protected as a National Park since the 90s.

The diving operation out of Cabo Pulmo is different from anywhere else in Mexico that I’ve encountered. The dive sites are given to dive operators right before heading out to the water on the boat, so there is no way to reserve a specific area when booking your trip. This system regulates the number of divers at the most popular sites. Even so, tourism has increased so much in this area that it will be difficult accommodating for the demand as time goes on. Therefore, visiting in the shoulder and low seasons will be your best bet for getting reservations and visiting the areas of interest.

I was lucky enough to get my desired dive site for my one day of diving: El Vencedor. We were off to see the bull sharks. Another conservation rule the Cabo Pulmo National Park enforces is on lights. You cannot use lights for diving with the sharks, which can mean a dark-ish dive if the visibility is low, but honestly, it’s a stunning dive regardless.

Outside of bull sharks, Cabo Pulmo’s marine diversity is expansive, and due to the long history of conservation, the reef and its creatures are healthy. You can see everything from whales to different types of rays, huge schools of snapper and trevally, and small critters like gobies and nudies.

Adult Bull sharks can grow to about 2-3 meters long with bulky bodies and no markings on their fins. They have small, beady eyes and are generally solitary but can be found in small groups. Although these can be dangerous sharks if you are spearfishing, they are typically uninterested in scuba divers, only occasionally making close passes to check us out.

As with any shark diving, minimize movement and keep your hands to yourself. Follow whatever local guidelines are in place and stick close to your guide.

Bull sharks can live up to 25 or 30 years old and are considered vulnerable by the International Union for Conservation of Nature (IUCN) Red List Status. Although Bull Sharks are number 3 on the International Shark Attack File (ISAF), behind Great Whites and Tigers, you have a better chance of getting struck by lightning than getting attacked by a shark. Obviously, if you spend a lot of time in the water with them, particularly at the surface surfing, swimming, or spearfishing, your chances go up, but their reputation of being terrifying human eaters is really unfair. Humans kill millions of sharks every year, so there is still conservation work to be done to minimize our impact on the ocean food chain.

To me, the most fascinating thing about Bull Sharks is that they can osmoregulate, allowing them to live in freshwater for long periods. They have even been found far up rivers like the one caught in 1937 in Alton, Illinois. They’ve been spotted even further upriver in the Amazon.

Osmoregulation: the maintenance of constant osmotic pressure in the fluids of an organism by the control of water and salt concentrations.

Bull Sharks give birth to live young in or near freshwater, so newborns and juveniles will spend more time in freshwater habitats, protecting them from predators. Older sharks tend to spend more time in the ocean, however, there are outlier populations living in rivers and lakes throughout the world.

If you want to learn more about Bull Sharks and support conservation efforts, check out Nature.org and Shark Angels. 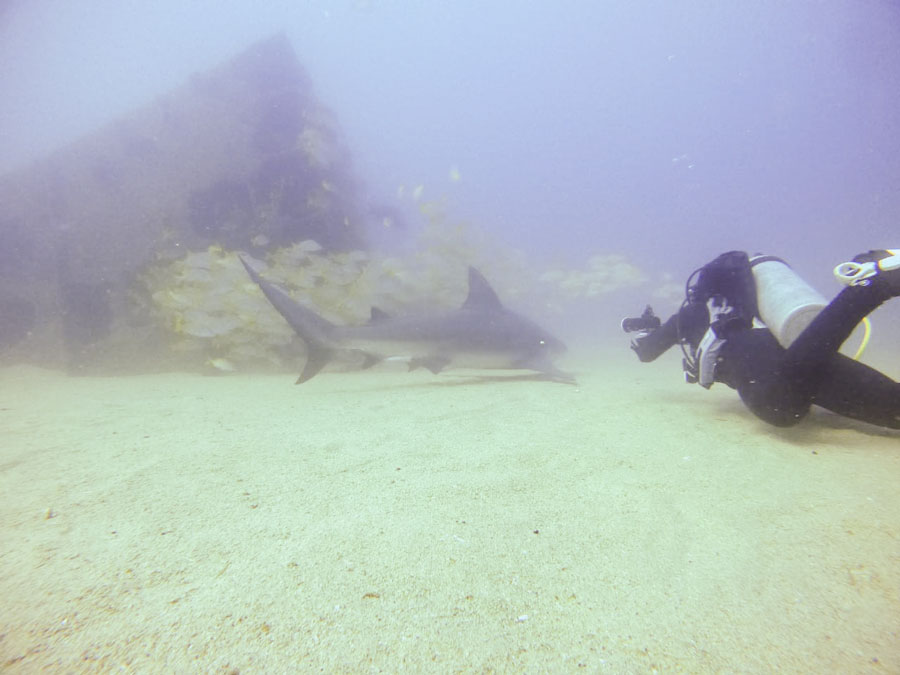 Power is definitely an issue for me. I have 200 watts of solar on my roof and a foldable panel of 100 watts. I have one Jackery 300 battery and a Goal Zero 200. I can make it work with my computer and Starlink as long as I monitor the batteries and ensure I have full charges on both batteries by the time the sun goes down. Then I can run the Starlink for about 2 hours after sundown and still have enough power to run my refrigerator and other nighttime necessities.

If you plan on spending more time in Cabo Pulmo, check out the hiking trails for some spectacular views. If you have your mountain bike, the hills around town are a great little adventure. 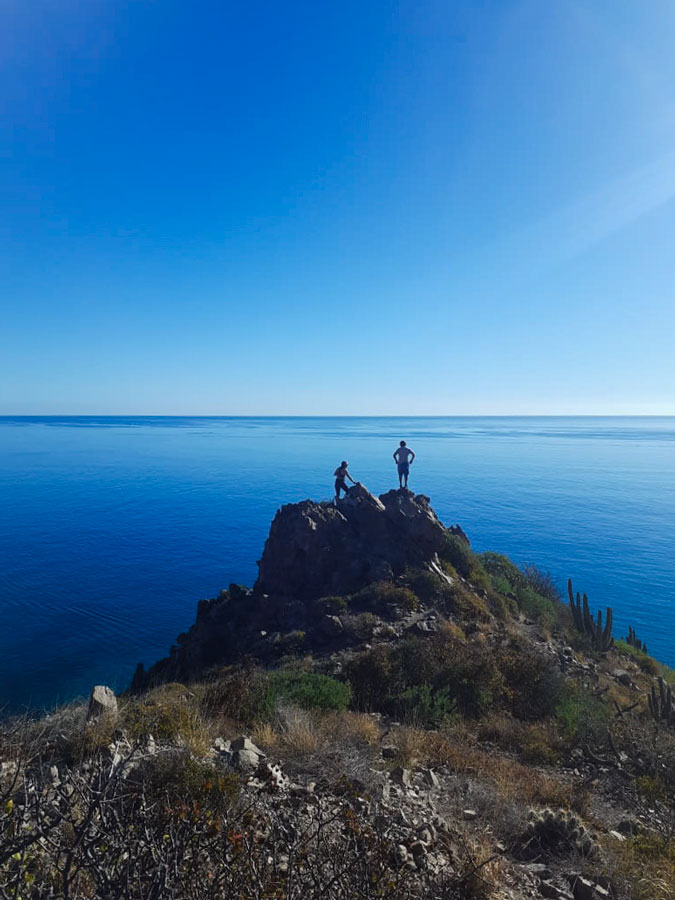