Have you ever seen a scorpionfish? Perhaps you have, but you did not know it! Scorpionfish are very good at hiding in the places where they live due to their amazing camouflage abilities. If there is a scorpionfish near you while diving, you might need to look very carefully to see the fish. In addition to the name scorpionfish, informal names for other family members include the lionfish, stonefish, firefish, turkey fish, dragonfish, and stingfish.

There are 172 different species of scorpionfish and vary greatly in size. The smallest ones are about the size of your smallest finger. Some family members, such as the lionfish, are attractive as well as dangerous.

Most scorpionfish live in the ocean, but a few species live in freshwater. They are widespread in tropical and temperate seas but mostly found in the Indo-Pacific.

Scorpionfish typically live alone and only come together during the mating season. During the day, scorpionfish hide in caves, holes, or coral reefs; some can cover themselves in the sand or mud. They usually come out to hunt at night.

Most species are bottom-dwellers that feed on crustaceans and smaller fish. The majority inhabit shallow waters, but a few live as deep as 2,200 m. Most scorpionfish, such as the stonefish, wait in disguise for prey to pass them by before attacking, while lionfish often ambush their prey. Like many perciform fishes, scorpionfish are suction feeders that capture prey by rapidly projecting a suction field generated by the expansion of the fish’s buccal (mouth) cavity. 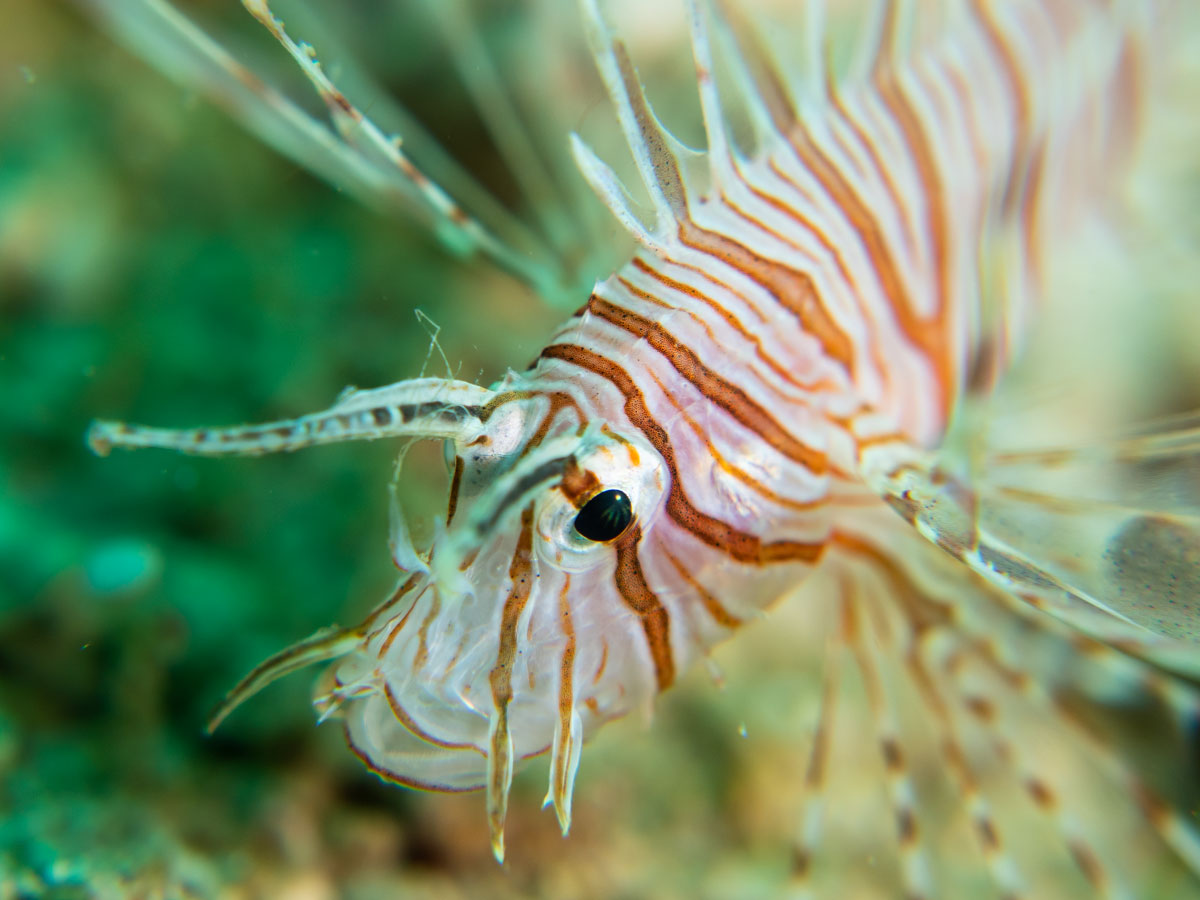 The lionfish and scorpion fish actually have a lot in common!

Many scorpaeniform fishes, such as scorpionfishes, rockfishes, and sculpins, which live on coral or rocky bottoms, possess a remarkable degree of cryptic (concealing) coloration and shape. Numerous fleshy lappets adorn the head, fin membranes, and body scales, rendering the fish virtually invisible against a background of rocks covered with marine organisms. The effectiveness of this camouflage can be appreciated best when the fish is viewed in its natural habitat.

Some members of the order, such as the sea robins, are notable for brilliant colours, especially reds. The large pectoral fins are often strikingly coloured; in the European tub gurnard (Trigla lucerna) they have spots of bright green and peacock blue. The spots on the pectorals of the flying gurnards resemble eyes and function to startle and frighten potential predators when the fins are suddenly spread. The brightly coloured fins of some sea robins may function similarly.

Komodo has many species of scorpionfish to discover so start planning your trip to the Komodo National Park soon!