Greenwashing and the Scuba Industry

‘Greenwashing’ is a term that has become commonplace in recent years but does anyone know what it actually is? It is pretty much everywhere; the oil industry, the fast fashion industry, food industries and more. Companies are presenting a false impression, using inaccurate information to mislead their customers into thinking their ‘product’ or ‘service’ is more environmentally substantial than it truly is. ‘Greenwashing’ is an extremely powerful marketing tool, especially during a time of such environmental turmoil and uncertainty. Companies across all industries are attempting to change public perception, as consumers become more conscious of their collective impact on the planet. It has been suggested that 66% of consumers would be willing to spend more money on a product if it came from a more sustainable brand. This percentage increases to 72% among groups of millennials. Companies have taken advantage of the environmentally-conscious consumer to make a profit, portraying a facade of sustainability, while continuing unsustainable practices behind the scenes.

Who are the culprits?

At this point, pretty much everyone. It is an extremely hard world to navigate at the moment. Companies are throwing around ‘green’ jargon to mislead their customers. It is part of your everyday life. Companies such as Colgate, a commonly used tooth care brand, have recently come under scrutiny for greenwashing. They have come out with wooden toothbrushes and are even releasing a vegan toothpaste in a ‘recyclable’ tube. At first glance, this seems like a great step forward into a more sustainable future. However, Colgate is a big consumer of palm oil, perhaps making their attempt at environmentally friendly toothbrushes feel like a cover-up.

Sometimes greenwashing is just the choice of language used. There is a big trend in the misuse of the word ‘biodegradable’ at the moment. Many brands use this word to give the impression that their product will degrade and will therefore not end up in landfills or pollute the oceans. These claims are completely misleading as ‘biodegradable’ simply means the product will break down into smaller pieces creating microplastics, which is arguably even worse for the environment (especially marine habitats).

Greenwashing in the Scuba Industry

Unfortunately, the Scuba Diving Industry is not exempt from ‘greenwashing’. Despite what most people think, not all scuba divers/centers are concerned for the safety and protection of marine life and their habitats. Although one of the first things you learn as a new scuba diver is to ALWAYS respect the marine world and its inhabitants, there are many people in the industry that prefer to monopolize their assets, while having no concern for the detrimental impacts they may be contributing to. Aside from bad diving practices such as allowing divers to touch or harass marine life, some dive operations go one step further by promoting experiences that are detrimental to the marine life involved, while conveying the impression of harmless experience with a wild animal. 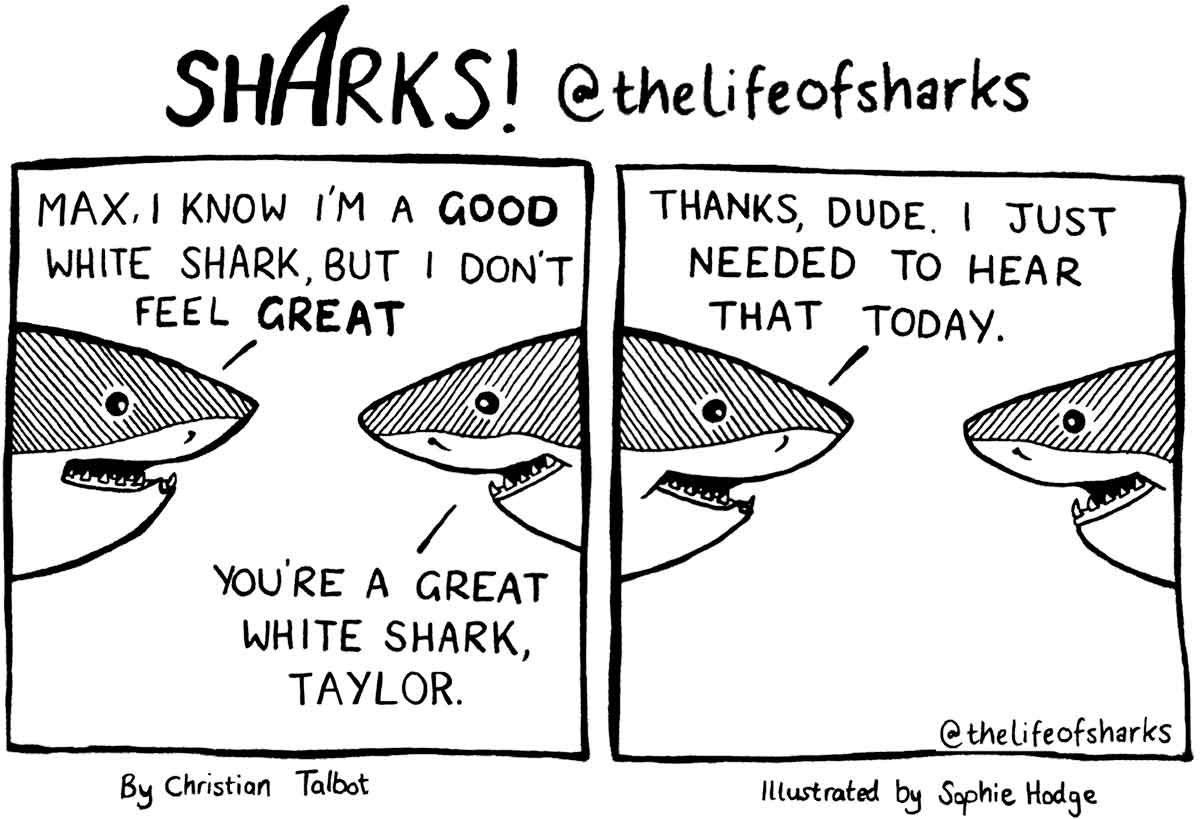 Cage diving with Great Whites (Carcharodon carcharias) is often at the top of thrill seeker’s bucket lists. Australia, South Africa, USA, Mexico and New Zealand are the five main countries where great white shark ‘ecotourism’ is becoming increasingly popular. Sharks can be timid and cautious creatures. They will often disappear at the sight of humans. In order to lure great whites towards the cages, ‘chum’ (dead fish, offal and blood) is often dumped into the water to trigger all sharks in the area into hunting mode and approach the cage. This unnatural triggering of their ‘hunting-mode’ is where the question of the sharks’ wellbeing comes into play. In the wild, the increased body exertion of a hunt would result in a calorific reward, which does not happen with cage-diving. A study found body acceleration increases by 61% in the presence of cage diving. This increase in body movement is often met with no reward by bait, due to strict limits on feeding great white sharks. Continuous cage-diving within an area could lead to great whites becoming distracted from normal behavior such as foraging on natural prey.

Some cage-diving operators are run by ethical people that want to contribute to shark conservation through offering ‘safe’ shark-human interactions, which in their eyes helps to “raise awareness”. However, even these have to be called into question due to the rise of new research pointing out the potential negative effect that the cage-diving industry could be having on sharks. Cage-diving is extremely lucrative with operators charging between $110-$150 per dive, with roughly three dives happening in a day. Meaning there are many money-driven operators out there that do not have the sharks interests at the core of their business.

Any human-animal interaction, be it on land or in the ocean, should be approached with caution. Terrible accidents can happen! A video was released online of a group cage diving in Guadalupe Island, Mexico from October 2019. It shows a great white getting trapped in-between the bars of a cage, causing the shark to bleed profusely and ultimately led to its premature death. These traumatic sights are reminders that these animals are wild and their interactions with humans can’t be 100% planned, and can lead to either the animal or the humans involved getting hurt.

Whale shark (Rhincodon typus) diving/snorkeling is becoming increasingly popular. Countries such as the Philippines and Indonesia have taken advantage of the fascination for whale sharks and the tourism industry is now booming. Before 2020, thousands of people would come across the world to see these majestic creatures in the wild every year. Whale shark interactions are often painted as eco-tourism. Some say that feeding whale sharks to increase the chances of a tourist – shark interaction is better than poaching them and selling their fins to the shark fin soup trade. However, it may not be as simple as that.

The Philippines is one of the most popular countries in the world to have an unforgettable experience with whale sharks. Donsol Bay, Southern Leyte, Honda Bay and Oslob are all extremely popular with tourists. Oslob alone attracts over 300,000 tourists every year. However, these tourist operations are becoming progressively controversial as scientists are shedding light on the true effects the interactions are having on the world’s largest shark.

In Oslob, sharks are fed a low-quality food (krill) that the fisherman buys in bulk. When the sharks are fed this day in day out, instead of foraging naturally for food it means they are not receiving the full nutrition they need to thrive. The concern is that the reproduction of the whale sharks will be impacted. If they are not feeding to their full potential, it could lead to a decline in their fertility or mating behaviors and therefore lead to a decline in population.

Whale sharks are usually migratory animals, meaning they move around depending on where food is most abundant. It’s suggested that making food available to sharks all year round is leading to their migration pattern changing or stopping altogether. More research needs to be done on this, but it could be detrimental to their mating behavior as well. Little is known about whale shark reproduction so this ‘change’ could range from insignificant to destructive.

Unfortunately, it is not just the whale sharks that are suffering due to the feedings. Studies have suggested that coral reefs are experiencing significant degradation due to the feeding and the high concentration of tourists. There is also evidence that although there are rules in place to protect the whale sharks from harmful contact with humans during the interactions, they don’t really work. LAMAVE (a research institute active in the Philippines) has studied the impacts of tourism on the whale sharks in Oslob, and they have found that these ‘rules’ are broken 97% of the time. This is extremely concerning and sums up the term ‘greenwashing’. Tourist operations in Oslob, Philippines may be providing an alternative income for the local people, which can’t be argued, is an amazing thing. However, the sustainability of whale shark tourism is absolutely debatable. 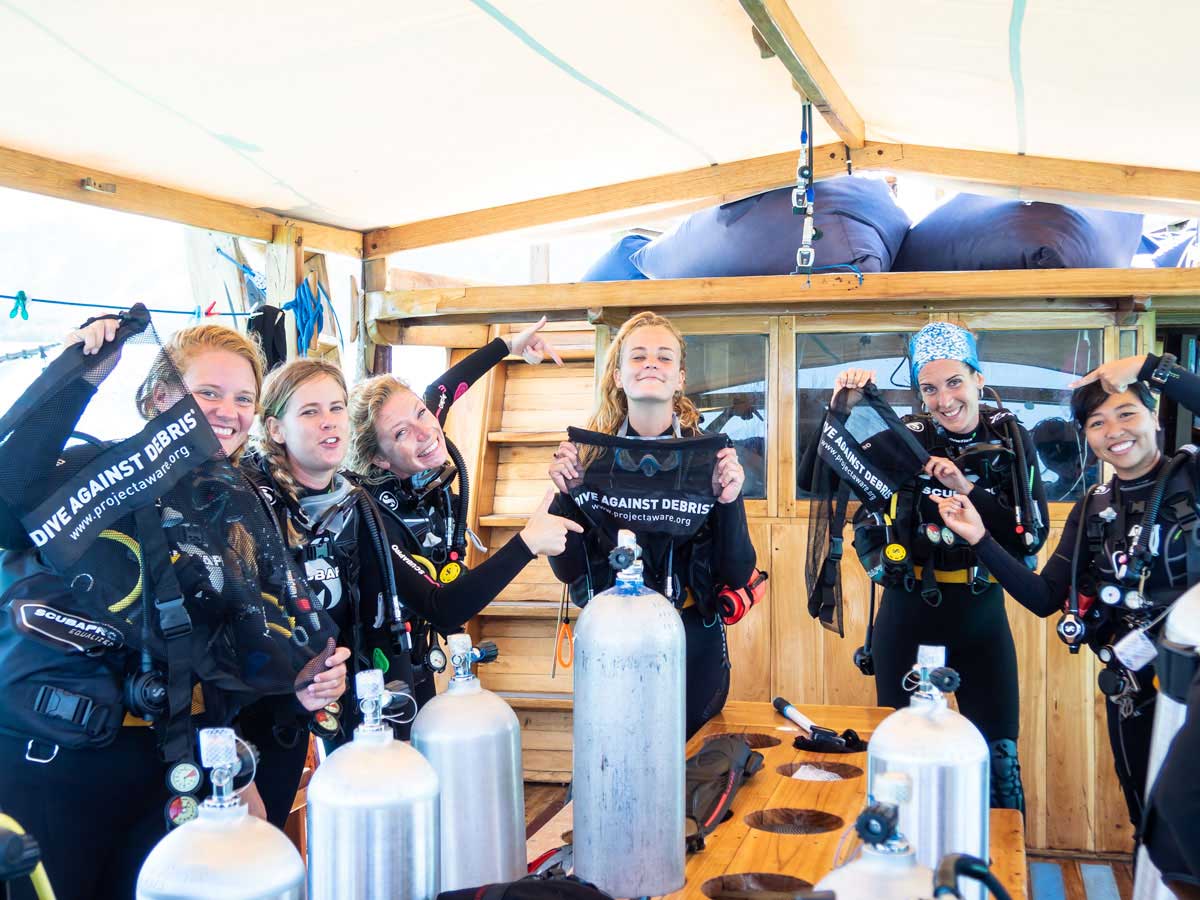 What can you do?

Speak out! If you have experienced ‘greenwashing’ while scuba diving with certain dive shops or ecotourism businesses make it known! Your review on a dive shop could help others make a more informed decision on the ethics of a place before going. Sharing good experiences of dive shops and organizations that are doing their best to lead an eco-friendly business is also a great way to encourage others to make the right choice – it could also inspire other places to follow suit!

Subscribe and tell us what you want to learn. Our silly, educational scuba diving videos are completely free and designed to help all of our students wherever they are in the world.